I’ve a lot of friends who are book snobs. As in English-spouting literary snobs who can give lengthy academic discussions of classics to contemporary to graphic novels in all aspects – plot, style, language, whatever. Hell, they use terms that even I short circuit when I hear them. These friends are the same reason I couldn’t admit publicly that I wrote Tagalog Romance. See, really, there are people who still don’t quite consider this genre as literature so… 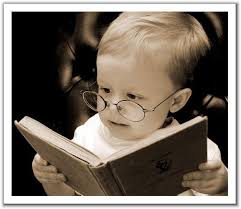 * from pulpfictionreviews.blogspot.com via Google Images

But anyway, back to my friends. I was saying they’re book snobs, a whole lot of them. Heck, I myself am a book snob so I think in some way, I was more surprised than they when I went into Tagalog Romance novel writing. Let’s face it, this genre, while entertaining and popular, isn’t really as respected as, say, contemporary literature. Certainly Tagalog romance isn’t something my snotty friends would cater to. I’ve never read a single Tagalog pocketbook until my bff and I went into the industry.

So yeah, I’m digressing again. Back to my friends. They have had the chance to read my work, even without me needing to bribe them. And it is just such a happy feeling to know that they think I do my thing well. One of them, who has had a bad experience with Tagalog Romance and had written them off, re-thought her opinion and actually became willing to try out reading once more. She said, it was good that there are authors like me who subtly try to infuse lessons (even as basic as grammar and composition) into her work which makes the story more than just pampakilig.

To be congratulated and appreciated this way by my book snob friends is such an accomplishment. It tells me I am doing something important even while I enjoy this job and think of it sometimes as merely play.

Thanks friendships! I promise to do my best not to disappoint you. 🙂