okay. let me first say that i am writing this entry not to aggravate anything nor antagonize anyone. this is simply to share my two cents, so to speak. i’ve just been reading posts on FB and i came up with some thoughts of my own triggered by, but not all in connection with, said post/s. i’m sure you will agree with me, it is but natural for anyone to form opinions based on something that he/she is more or less a part of. like novel-writing.

1) on emotions and passion

i’m emotional. a television advertisement of a consumer product using touching scenes moves me to tears. winning moments at competitions are tearjerkers for me. when i read a novel, though i might not cry over the sad parts, there’s always this ache in the middle of my chest.

i’d also like to think i’m passionate. i don’t do things for the heck of it. i have to really really like something to be able to do it and when i’m in, i’m in it heart and soul. this is a characteristic i take and employ with me in my career as a novelist. i simply can’t not involve my emotions. this is the reason why i am not able to just churn novel after novel. i need to feel. i need to emote. i need to be one with my characters and with my plot. otherwise, all becomes just mechanical with me. i don’t want mechanical prose. i want literature. i may not evoke a response from readers as intense as my own feelings while i was writing the story, but i know, in my heart, i am genuinely passionate. and i hope the sincerity of my feelings is what is embedded in my prose.

aspiring novelists love to ask for advise. i have said time and again that advise on writing can only teach the seeker so much. taking point 1 above as an example, some writers, apparently, believe there is absolutely nothing wrong with being dispassionate and dissociated from his/her characters and plot and it works for them. how do we know? fans/readers do feel the ‘kilig’ in the story. i, on the other end of the spectrum, as i previously mentioned, would have none of this. so how does a seeker of advise reconcile two thoughts now?

bottom line: just do your thing. and find out yourself what works for you.

on a different (yet somehow similar) train of thought, though, let me share that i, as a reader, can feel the absence of a writer’s emotional involvement in his/her work. how? i don’t feel with the prose. i know in my head there’s an emotion involved – excitement, fear, love, kilig – but they don’t reach my heart. again, that’s me. 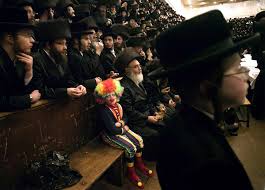 3) on individualism, being different and our concept of uniqueness

it’s great to be different. sabi nga, you were not made to blend in. you were made to stand out. but then nothing’s wrong with being one with the crowd every now and then. just because you appreciate the same things everyone else does, you are labeled common. plain. stereotypical.

being unique and different doesn’t always mean opting for water when everyone else wants soda. if you like soda, why deny yourself that? but maybe, there could still be a uniqueness in you in the fact that you like drinking soda in a mug instead of a glass. with a slice of apple instead of a lemon. and at room temperature, instead of iced.

i think the concept of being unique lies in being able to embrace one’s person despite and in spite of one’s difference in appearance, tastes, characteristics, from the majority. being different is in seeing the beauty of black when everyone sees blue. and being happy with it and not bothered that others seem to think there is nothing beautiful in black.

a friend and i were discussing about this one time. and she said (and i agree), there’s nothing wrong with liking chocolate like everyone else does every now and then. it just shows you’re human like everyone else. one doesn’t need to insist on being unique just for the sake of being identified such. too much hard sell makes one appear fake. sometimes, sadly comes off as desperately seeking the existence of a truth that isn’t really there.