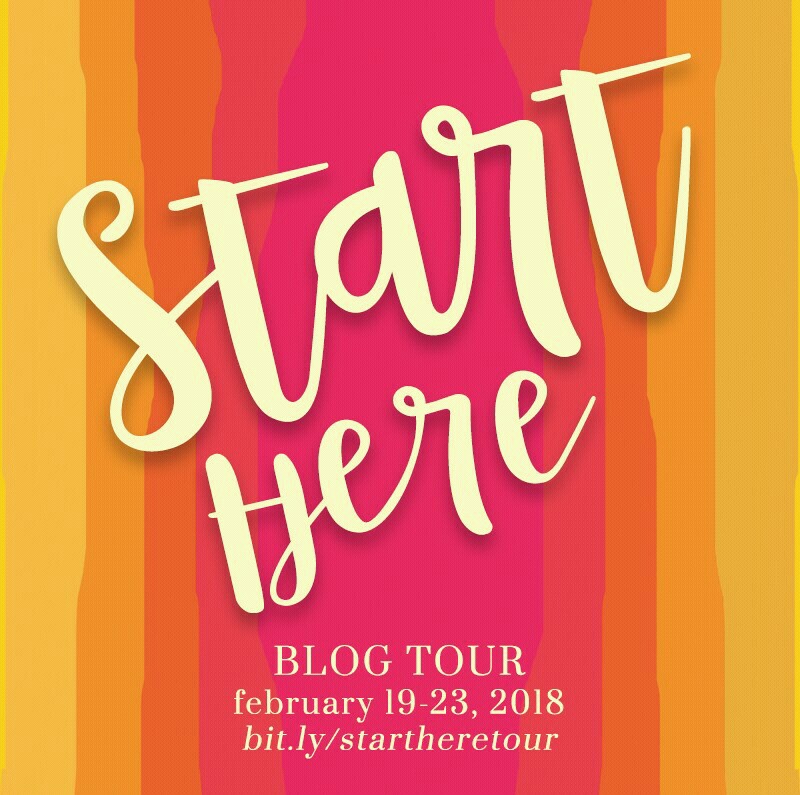 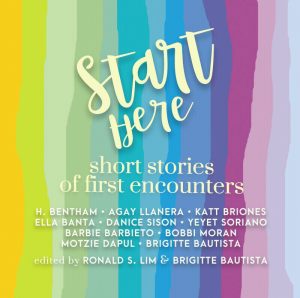 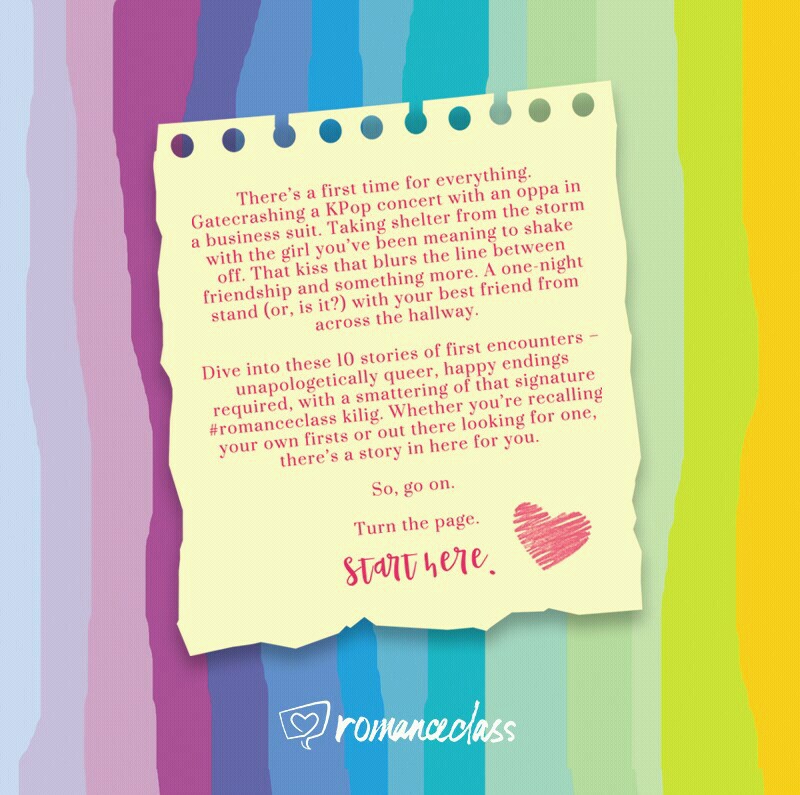 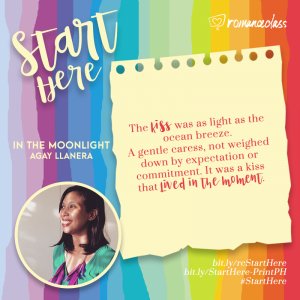 Seventeen-year-old Caleb has been burned by a previous relationship. While on vacation, he meets Ezra of the sculpted calves and disarming smile, who surprises him with a moonlight kiss. Caleb retreats–and regrets his decision. Thanks to the internet, he knows where to find his summer crush, but the more pressing question is, will Caleb have the courage to bare his heart again?

In the Moonlight by Agay Llanera

“Wait. I have something to give you.”

Caleb waited for Ezra to get something from his room, his pocket, or wherever he had kept the gift he’d promised. But Ezra simply stood still, his eyes softly glinting in the moonlight.

Ezra was tall, Caleb thought. Even taller than he was. He gave another shiver.

The kiss was as light as the ocean breeze. A gentle caress, not weighed down by expectation or commitment. It was a kiss that lived in the moment. It was over in a second. 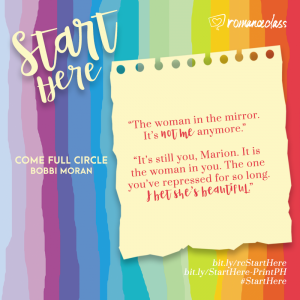 You know you’re in love when you put somebody else’s happiness before yours. But waiting for fifteen years for someone to realize you are THE ONE may be taking this to the extreme.

It was in October, fifteen years ago, when I first realized I was in love with you.

It crept up on me, and I was caught unaware. You were no one special in school—although admittedly you were one of the smart ones and one of those who always played by the rules. I’ve known you since elementary, but you never stood out from the crowd. You were pretty, yes, but pretty girls were a dime a dozen in our high school. You were also one of the first to get a boyfriend. But you still kept your good-girl image.

What changed? We both joined a musical production, and I saw a different side of you. You were Maria to my Captain von Trapp, and I marveled at your versatility as you tackled the songs and the production numbers. But apart from your obvious talent, there was a glint in your eyes that I never noticed before. You loved playing a role, and you did it with such zest. You never dabbled in these extracurricular activities before, but it was our senior year and maybe you wanted to do something different, something you have never done before we all went off to college. You became Maria who was not so appropriate in the abbey and the same Maria who brought joy to the kids she took care of and the same Maria who showed the captain he could love again.

You certainly made me see you in a different light. But it wasn’t until October, a week before the night of the show, that it all made sense to me.

I was not a natural singer, but I could carry a tune. So I wasn’t even sure why I was given the role of the captain, except maybe I was tall and looked good in a suit. I had some issues with our song, and you offered to help me after the main rehearsals. So after everyone had left, we stayed in the empty auditorium, and you patiently ran me through the song. It was a simple song really—“Something Good”—but I always faltered. I didn’t know why until that time I realized it was because I was singing it with you.

And with every word and every note, I meant everything. Whenever you looked into my eyes as we sang the chorus and every time you held my hands, I hoped it was you singing to me, and not Maria to Captain von Trapp.

We usually sang the last part of the song with our eyes inches from each other, and that time, all alone on the empty stage, your face was closer than usual. I could see the hazel flecks in your eyes, the freckles on the bridge of your nose, and the mosquito bite on the lower left side of your chin. I could smell the cherry scent of your glossed lips. I caught my breath and felt faint. I must have swooned because I felt like I was losing my balance and falling into you. Our lips must have brushed because I felt every fiber of my being jolted. But then you buckled under my weight. And you fell back with my big-ass frame falling on top of you.

I thought you would be horrified, but you laughed.

“You haven’t had lunch, have you?”

I was still dizzy, but I tried to remember the last time I ate and you were right. It was 4:00 p.m., and I hadn’t had anything to eat since breakfast.

I smiled sheepishly as I tried to get off on top of you.

You gracefully stood and walked off stage.

I thought I had lost you. But you came back with a sandwich bag and a thermos of water. You urged me to eat, and the cold ham and cheese sandwich never tasted better.

You watched me, amused.

You touched my shoulder softly.

“Don’t stress too much about the song. You know the words, and you know the harmony. Just sing from the heart. I will be here with you, so I won’t let you screw up.”

You smiled at me, and I felt like swooning again.

You were right. I didn’t falter, and you were right there with me. But when the curtain closed, you were back to your original persona. And I did the same. Our cliques didn’t have anything to do with each other. 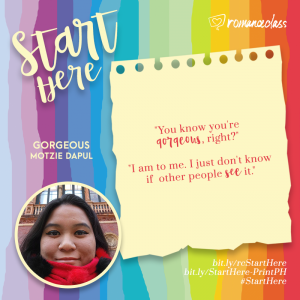 New love in New York with a twist!

Two home-grown Filipinos fall in love after a chance meeting on a train to Little Manila in Queens, NY. They learn, over time spent enjoying the colorful culture of New York City’s streets, that they are, by all accounts, perfect for each other—before some unexpected baggage and a surprising history threatens to tear them apart.

Some things just don’t heal with time alone, but sometimes it’s only when it hurts that you know it’s worth trying for. 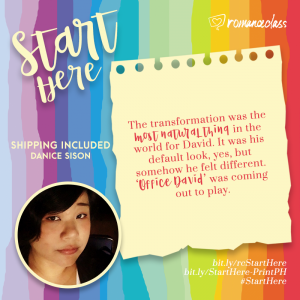 Two cute guys sneak into a K-pop concert. Neither one could be called a fan of the music, but by the end of the night, they might just find themselves with a new favorite song and a few romantic possibilities.

David put his hand over his chest and Kiko’s heart did a little flip at how earnest he looked. “My treat,” he said. “Come on, it’ll be fun!”

What is it with K-pop and why does it refuse to let me go?

“You could be my K-pop fandom translator and give me a play-by-play.” 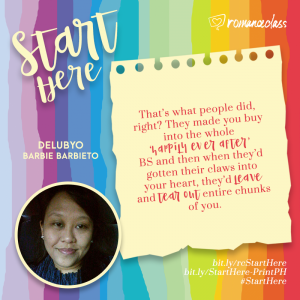 Pebbles has a strict four-month rule when it comes to relationships. But she’s about to find out what happens when you meet a woman who defies all your ideas of how long the space between endings and beginnings should be. 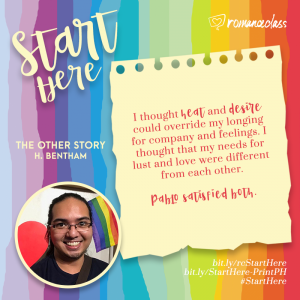 A bored twenty-something goes to a sex club he frequently visits to while away the night and find that love sometimes comes at unexpected places.

The Other Story by H. Bentham

I wish I could tell everyone we met somewhere cute, like a café or the supermarket. I did that a couple of times though, when people wanted to hear “we were introduced at Starbucks” or “we bumped carts while stocking groceries.” But if we were going to be truly, madly, deeply honest about the circumstances that made Pablo and I aware of each other’s existence, I’d have to tell the other story where we met at a sex club. You know, the ones that charge you five hundred pesos for clean towels and a locker key. 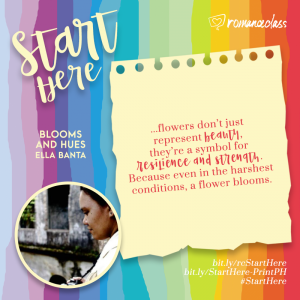 Blooms and Hues by Ella Banta

Experience love in color and flowers. 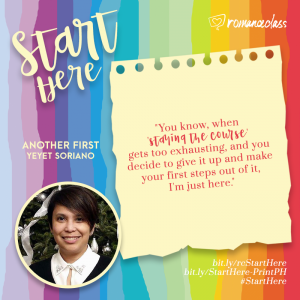 Another First by Yeyet Soriano

Jess finally gets to have a long-delayed romantic get-away to Bohol with her hot but busy boyfriend Matteo. Beautiful resort, check! Romantic ambience, check!

But wait . . . Lily Rose, the resort’s resident singer and self-proclaimed mermaid, is distracting the hell out of everyone. 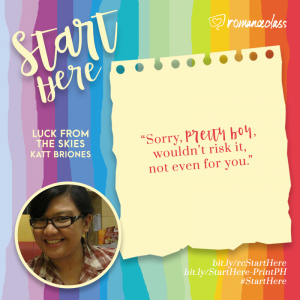 Luck From the Skies by Katt Briones

Asher Lee knew from the beginning that he was going to win the teen model search, but didn’t expect to share the title with his biggest competitor, Chan Valiente. Previously threatened by his former adversary’s talent and looks, Asher kept his walls up, only to find them crumbling down with Chan’s charms.

Would Asher be brave enough to take the leap and actually find his chance at love? Or will he and Chan remain to be a fan-made bromance?

“Hi,” said Chan Valiente, finally appearing at the door. I noticed how he stuck half his body in the doorway but planted his feet firmly enough outside to make sure he could still make a run for it in case the director lost his temper.

I couldn’t help but notice Chan’s shirt, dripping wet and sticking to his torso. He looked like someone had pushed him into a pool fully clothed, but for some reason he still looked good enough for an editorial shot. The feature director who wanted to set Chan on fire for being late softened as he took in the latter’s current state.

Chan picked this up and slowly made his way in.

“Sorry. The cab stopped seven blocks away and refused to brave the flood. I had to run and swim all the way here.”

“There’s a flood?” said one of the production staff, anxiously checking the window. Chan gracefully closed the door. That was when I saw that even his pants were drenched. His shoes made squishing sounds with each step he made.

“Yes, but the water stops around that bend. If we’re going to take the South Luzon tollway via C-5, there’ll be another route we can take, but not where I came from. Anyway, we’re lucky this building is in a relatively high place,” replied Chan, setting his equally wet bag on one of the chairs. One of the staff looked at the bag with disdain as it dripped rainwater on the tiled floor. “Well, you are. I had to wade through waist-deep water at one point. Does anyone here have spare size 12 footwear?”

I blinked, and it took me a few seconds to tear my eyes away from his torso and address the matter at hand.

“That’s me,” I said, opening my backpack and bringing out my extra flip-flops. Chan smiled at me gratefully and took the pair, muttering a thank you. I nodded in reply as he took off his wet shoes.

“Didn’t Laura say you were supposed to get braces?” the feature director suddenly asked Chan. “When are you getting them?”

“Maybe later this year? Will let you know,” he answered vaguely, then he caught me staring at him as he removed his shoes. I was about to look away when he winked. 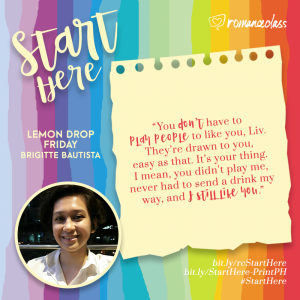 Tala has been secretly in love with her best friend Liv for years. Living right across the hallway, she has seen through Liv’s revolving door of Friday one-night stands. The rule: they always say goodbye in the morning. But, what happens when a rainy Friday night leads Tala to Liv’s apartment in what looks like another one-night stand?